This week, the CDC released a picture of Zika (see below). 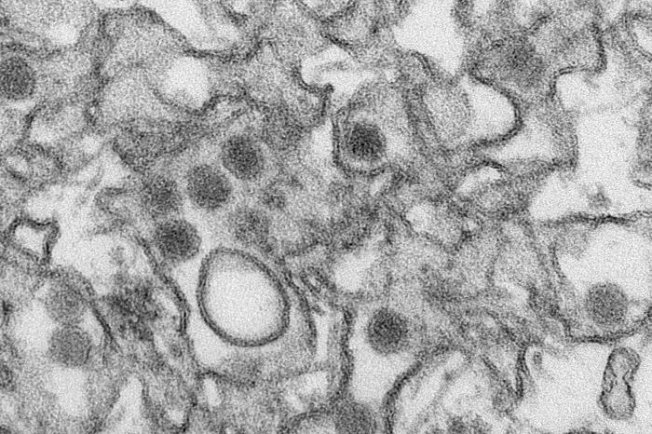 They’ve now put an image with a name that’s sure to ring the bells of fear across cities in the United States within the coming year. So far, it’s disastrous infections have been mostly contained to portions of South America, namely Brazil, where women have actually been asked to stop having babies until they can contain the virus. The Pan American Health Organization has stated that the virus has now spread throughout 21 countries in South America, Central America, Mexico and the Caribbean.

Zika is said to be spreading through mosquitos: specifically,  the Aedes aegypti mosquito, which can be found throughout Asia and Africa, Southern Europe, the Middle East. That’s a whole lot of people covering a whole lot of area. Currently, the CDC’s method of prevention seems to be testing pregnant women or simply advising them to not get pregnant, as is the case in Brazil and even in El Salvador. The CDC has also created a long list of destinations which pregnant women should not travel to.  As of today, the UK is reporting a few cases as well. “As of January 2016, three cases associated with travel to Colombia, Suriname and Guyana have been diagnosed in UK travelers,” Public Health England said on its website.

Two of the mosquitos which are capable of carrying Zika, Aedes aegypti and Aedes alopictus mosquitoes, are found in the southeast United States. And even though the odds are incredibly slim of Zika spreading within the United States, the CDC has made it a priority to come up with a vaccine. According to USNews.

With a handful of Zika infections reported in travelers returning to the United States and with others undergoing testing, some U.S. public health officials are concerned that the virus may gain a toehold in the country. The most likely locations are along the Gulf Coast and in Florida, though Fauci and others say an extensive spread is unlikely.

“We’re unlikely to have serious local spread,” Fauci says. “This is very similar to dengue, where it laps at our shores, people get infected in other regions and come back to the United States. Will local cases turn into major outbreaks? I don’t think so. There have been millions of cases of dengue in South America and the Caribbean for years and years.”

That doesn’t mean, Fauci says, that the U.S. shouldn’t be concerned, because two mosquitoes that carry Zika – Aedes aegypti and Aedes alopictus mosquitoes – are found in the Southeast, and local outbreaks may occur. “I think we’re very likely to see a large number of imported cases as a lot of people go to South American and the Caribbean and come home,” he says.

The consequences of becoming infected are so dire, researchers say, that developing a vaccine must be an urgent priority. “Everywhere and anywhere there’s vulnerability, there’s pressure for a vaccine,” Fauci says.

The sad reality sets in, as I’ve placed in bold above, that any illness, no matter the actual threat, is an opportunity at creating a vaccine product. Pharmaceutical companies are chomping at the bit to ride the coattails of the media hyping a fear which will likely never develop into any actual reality. Inovio Pharmaceuticals (Nasdaq: INO) is already on the case. They are already hard at work to create what’s known as a “DNA vaccine” for Zika. Inovio Pharmaceuticals are behind the Dengue vaccine, so they aren’t exactly rookies to the cause.

Clearly, revenue can be made world-wide when it comes to vaccines, but any pharmaceutical company would feel rather blessed to be able to include the wealthy United States. When it comes to Dengue and West Nile, pharmaceutical companies might see where their original marketing went wrong. In this case, it seems that they may deploy fear based marketing inside of the United States, even though Zika is no more of a threat than Dengue or West Nile. We always have to be on our toes.