I often play a sick rendition of Where’s Waldo – except I am looking for Billy Boy Gates instead. While doing research into the monkeypox virus (MPXV), I didn’t need to go far to find the mad sweater-wearing ghoul.

On July 29th, on the heels of the World Hoax Organization (WHO) announcing monkeypox as the next “plandemic,” National Public Radio (NPR) put out a story that received little fanfare or coverage.

In 2017, Dr. Dimie Ogoina, professor of medicine and infectious diseases at Niger Delta University in Nigeria, tried to warn health officials that the monkeypox virus had changed, but somebody told him to be quiet. Who? Was it Bill Gates?

I wondered why NPR would even publish such a story, given that the mainstream media no longer cares about the truth. Moreover, NPR had accepted tons of money from the Gates Foundation in the past. Was the article a confession to cover their behinds with the assumption that no one would connect the dots?

I also wondered exactly what meddlings Gates had had in Nigeria. Sure enough, the country sold its soul to the devil. 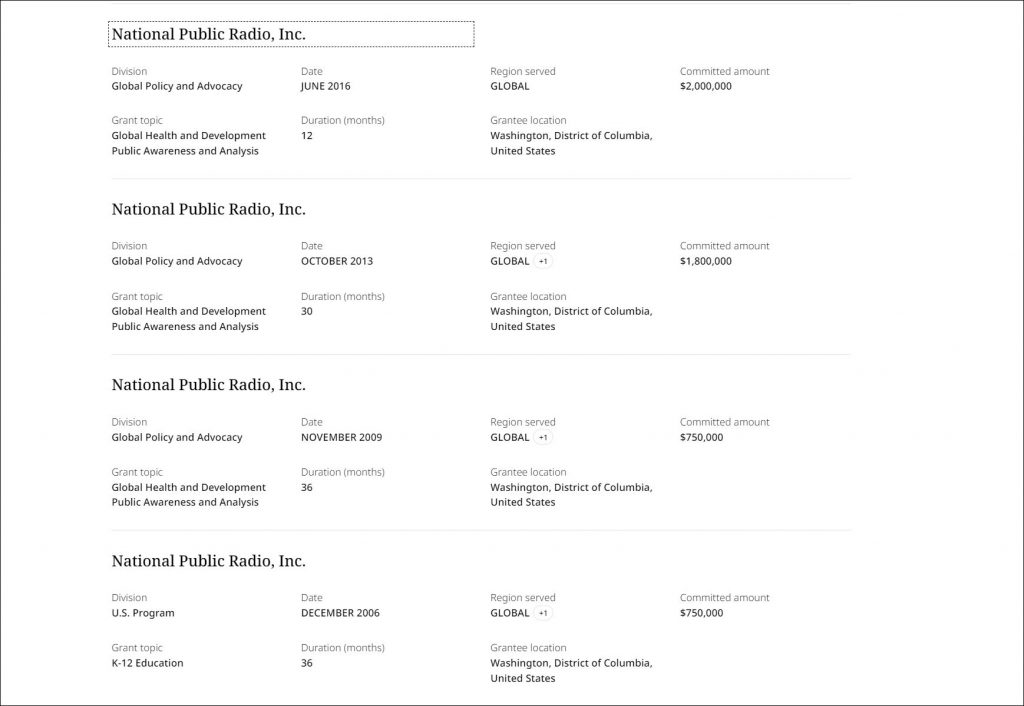 Before I share my findings – first an update on monkeypox (I imagine WHO Director-General Tedros Adhanom Ghebreyesus saying this out loud with his heavy Ethiopian accent).

On July 23rd, ignoring his expert panel, Tedros made a unilateral decision against a majority vote and declared monkeypox “an emergency and a public health emergency of international concern” (PHEIC). If you visit the MonkeyPox Meter, supposedly the cases worldwide have gone from zero to 22,000+ in as little as three months, including more than 4,000 cases in the US. Five days after Tedros’ announcement, the Mayor of San Francisco declared a “state of emergency” due to monkeypox. Incidentally, Shit Francisco is a hotbed of gay, bisexual, and transgender populations who are supposedly at high risk of monkeypox (if that’s true, perhaps they are being targeted, just like in the days of AIDS.) The city already has a waitlist for when a monkeypox vaccine becomes available.

Many have reported that announcing monkeypox is really a cover-up for the damage done from the COVID jabs on the immune system, similar to what we’ve seen as shingles, autoimmune blistering disease, and herpes infections.

Incidentally, when I went to simply share an article on this matter, Twitter threw me in jail. Later, I learned it was tied to Tedros’ invitation to social media platforms to work with the WHO to counter “monkeypox disinformation.”

What about that monkeypox jab?

“Monkeypox could very well be a herpes infection that is jab induced, in fact, that’s likely… but it’s equally UNlikely we are going to find a paper trail or some smoking gun that confirms this and instead will continue to have to rely on circumstantial and anecdotal evidence,” says Sofia K, a scientist who is part of a medical freedom group I belong to.

Case in point: the CDC even updated the monkeypox case definition to include varicella & herpes zoster rashes!! Additionally, post MRNA jab, more latent viruses are rearing their ugly head. Herpes viruses (like many) are opportunistic infections that store in the nerve ganglia and can be “reactivated” when your immune system is either busy elsewhere or depressed.

There are dots that connect.

“This means we may not be witnessing a worldwide outbreak of monkeypox at all, but rather a huge cover-up of the consequences of administering an experimental injection to millions of people,” writes Expose-News.

But not so fast. There’s more.

Remember, the overlords never let a crisis go to waste. In this inverted upside-down world, plandemics serve many purposes, and the truth is multi-layered.

So what else is going on?

Gain Of Function In Nigeria?

Five years ago, Dr. Dimie Ogoina said he saw the most important patient of his career – an 11-year-old whose infection would eventually be linked to the largest monkeypox outbreak in history.

According to NPR, a few weeks after diagnosing the young boy, Ogoina  “became concerned – quite concerned.” The outbreak in Nigeria began to grow rapidly. Cases cropped up in counties not just near this one boy, but all over. “Suddenly, we were seeing cases appear across the country,” Ogoina said.

The boy was the first case of monkeypox in Nigeria in 38 years. But not the last. Eventually, they figured out that the young boy didn’t catch the virus from playing with a monkey (shocker!) but rather from a male relative in his household.  And rather than rashes on their face and extremities, blisters occurred around their genitals. “They had very extensive genital lesions. Very, very extensive,” Ogoina says.

To Dr. Ogoina, clearly, the virus had changed.

While the “hows” are convoluted, they started spreading through sexual contact for the first time five years ago. Ogoina and his colleagues even mentioned this occurrence in a study published in 2019:

Who told him to stay silent?

Was this when monkeypox first started spreading sexually? Was a messed-with gain-of-function monkeypox virus circulating in Nigeria that far back? What if whatever was going on was spread via a vaccine?  Dr. Ogoina didn’t respond to my email message.

At the time of his observation, Nigeria didn’t have the ability to test for the disease. “So we had to send our samples to Senegal and even to the US to make a diagnosis,” he says. “We had to wait.”

Not surprisingly, they were instructed to use the unreliable PCR test which ratcheted up cases on demand.

Reports emerged that the NIH and Wuhan Lab had been working on monkeypox prior to the outbreak. In a scientific article in Virologica Sinica, the official journal of the Chinese Society of Microbiology, the authors explained the process for artificially engineering a monkeypox virus.

In fact, the Wuhan Institute of Virology published a study in February 2022 – months before the outbreak – in which they described creating a portion of a monkeypox genome from scratch in order to develop a PCR test for monkeypox diagnosis.

Curiously, the paper states that, because there’s never been a monkeypox outbreak in China, “the viral genomic material required for PCR detection is unavailable.”

What are the risks inherent in creating synthetic viruses? 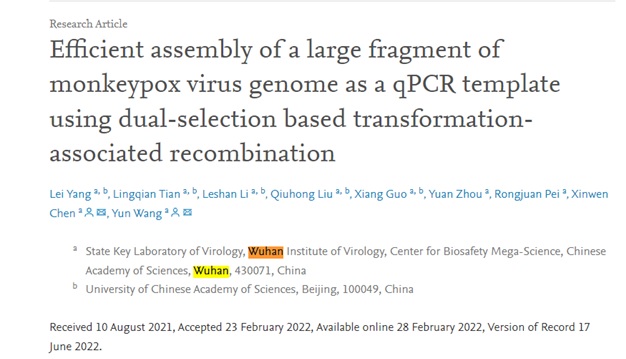 That aside, the data indicates that, indeed, the monkeypox outbreak in Nigeria never stopped, according to evolutionary biologist Michael Worobey at the University of Arizona, who has been analyzing the statistics. Instead, the transmission of the virus went underground in Nigeria for years.

Why? Was it because the Medical Cartel told the media not to report on an actual Hegelian (“Problem-Reaction-Solution”)  purposeful outbreak?

Eventually, Worobey believes the outbreak spread to other countries and turned into the growing international outbreak the world is fighting now.

Worobey hasn’t published his analysis yet, but he says the data is indisputable. “It’s clear that there’s been continuous cases – or endemic transmission – in Nigeria since 2017, possibly even a bit earlier. Subsequently,  something from there got exported out [to the rest of world].”

Why didn’t health officials listen to Ogoina? And perhaps more importantly, what exactly was Bill Gates’ the reasoning for his presence in Nigeria in the 2017 timeframe?

Stay tuned for Part 2 of the 3 part story.