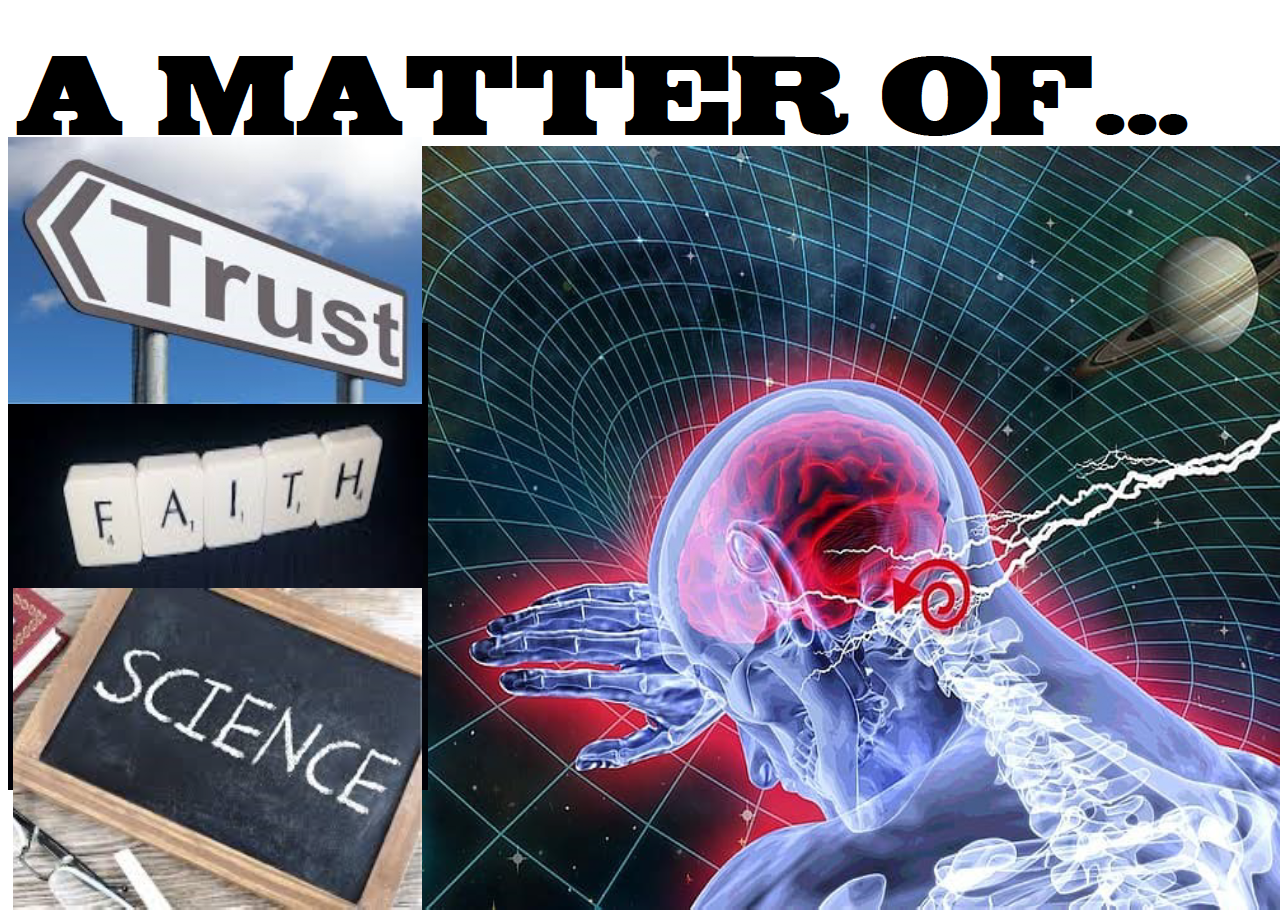 Should we put our trust and faith in a rushed experimental Covid-19 vaccine for a disease with a low mortality rate? When examined through the lens of faith, specifically the Christian faith, should you take it? When examined scientifically, is there even a need for it? And will it be safe?

With the first doses of new Covid-19 vaccines already being administered to front line workers in some countries in record time, your decision on whether or not to take it looms closer. Now is the time to make sure you have fully evaluated the facts and claims. Consider the motives of Covid-19 vaccine manufacturers and government officials pushing the vaccine. Who stands to benefit? Who stands to lose? Do we really need a vaccine? And if you are a person of faith, are you honoring – or dishonoring – God if you take it? Could a vaccine do more harm than good or be used in a sinister way to control people? Ask yourself why authorities are so keen to have as many people vaccinated as possible despite evidence this is not a dangerous pandemic.

A mRNA vaccine like the several Covid-19 vaccines currently being trialed  has never been used on humans. Such vaccines have been only been trialed in animals. In those studies, antibody responses initially looked promising, similar to claims in the current human trials. However, the animal trials eventually proved unsuccessful, with one study in ferrets resulting in an increased number of mutated genes, cancer rates, autoimmune responses, and death.

And if a vaccine elicits an immune response that misses the target, the result could potentially be worse than if no vaccine was given, according to an Australian professor. “One of the problems with corona vaccines in the past has been that when the immune response does cross over to where the virus-infected cells are it actually increases the pathology rather than reducing it,” Professor Ian Frazer of the University of Queensland says. This could manifest in inflammation in the lungs which would not have occurred if a vaccine was not administered.

Usually, it takes ten years or more to develop a new vaccine but the Covid-19 vaccines have been rushed to market in a matter of months. The vaccines are being trialed on humans without with barely being tested on animals. An Australian organization tested ferrets in a short-term study earlier in the year. Governments enabled vaccine manufacturers to fast track the process due to the so-called emergency status of the Covid-19 crisis. Operation Warp Speed in the United States pledges that safety will not be sacrificed in the accelerated vaccine development. However, some medical professionals and vaccine safety advocates are concerned about the possible long-term effects of these vaccines, which often take years to manifest. See Vaxxter contributor and investigative reporter James Grundvig’s article The Real Meaning Behind Operation Warp Speed.

Is it really an emergency?

Doubts have been raised about the reliability of the PCR tests currently being used to evaluate the presence of Covid-19.  And many people who test positive have few or no symptoms. Many elderly people included in the death statistics had other co-morbidities.  There are medical treatments available, despite attempts by authorities to undermine their use. So, do we really need a vaccine for this infection?

Initially, there were claims the Covid-19 virus had been isolated but more recently even the CDC and other health officials have admitted it has not been isolated or that isolation has not been recorded. So, what exactly is the vaccine supposed to be protecting us against?

There are claims that mRNA vaccines could potentially alter a person’s DNA.  Dr. Carrie Madej, internal medicine specialist, the Covid-19 vaccines could alter the human genome. She says vaccine manufacturers say this will not occur. However, Dr. Madej maintains this is what happens in genetically modified food so why would the same not result in humans?

Dr. Madej says that synthetic RNA and DNA are not from nature and can therefore be patented. Patents have owners and so if this synthetic material gets into our genome will the owner of the patent own us? She also raises concerns about a substance called Luciferase in the vaccines used to produce light when scanned. Your vaccination records and vaccination number could be scanned into a dot the size of a felt-tipped pen mark, making human beings into a “product.”

Even more concerning is the possible inclusion of a hydrogel in Covid-19 vaccines. Dr. Madej refers to this as a nanogel, a nanotechnology which can contain tiny little robots that can disassemble and reassemble. This artificial intelligence, Dr. Madej says, could connect humans to technology 24 hours a day. Instead of externally wearable sensors, these nanobots could send messages about aspects of our biology such as blood pressure and nutrient levels. Messages being transmitted are bi-directional: what are the “in-coming messages” into humans? What information would be sent into our body and who would be controlling it?

Technology can exterminate a species; it has happened before with the elimination mosquitoes. And now, at least two European doctors are warning that Covid-19 vaccines could lead to female sterilization.  Dr. Madej urges the public to question the motives behind the rushed Covid-19 vaccines and the gene manipulation involved.  Should we trust vaccine-producing companies with our health and the health of our families? Watch Dr. Madej share her evaluation of the coming Covid-19 vaccines and the possible link with transhumanism on BitChute.

What will be in a Covid-19 vaccine?

Vaccine safety advocate Dr. Sherri Tenpenny of Vaxxter.com, says it is difficult to find information on the contents of the front runner vaccines.  She says those cells are currently also used in some existing vaccines.  The list also includes human DNA, toxic adjuvants such as aluminium, and hydrogel – a type of nanogel material that binds to DNA as described by Dr Madej. Both doctors have investigated Luciferase, a light-producing substance enabling scanning for vaccine records, which could also be in Covid-19 vaccines.  See Dr. Tenpenny’s Vaxxter.com article Chilling Ingredient Used in the Covid-19 Vaccine.

AstraZeneca’s Covid-19 vaccine contains ChAdOx1, also known as AZD1222, according to news releases and articles on the vaccine. This ingredient is listed on the company’s Covid-19 vaccine packaging, a video of which is circulating on the web.  ChAdOx1 is recombinant DNA. This is created by combining at least two genetic fragments from at least two different sources, according to Wikipedia.

The writer of a British website article called What’s All the Fuss About the Covid-19 Vaccine?  researched this vaccine and found the following cells were used:

Please read Dr Tenpenny’s latest articles, The COVID Vaccines part 1 and part 2, which detail what she has been able to find out about the vaccines and their ingredients, on Vaxxter.com.

Three vaccine front runner companies recently announced high effectiveness rates from their vaccine trials. However, two manufacturers have acknowledged their vaccines could produce flu-like sides effects when first administered and several had to pause trials due to adverse or severe reactions. There are also concerns about the complexity of trials and results gained and that vaccine trials can be rigged.  And surely safety concerns about this experimental and rushed vaccine reinforce the need for more transparent data about vaccine trials.

It is also alarming that the UK Government is expecting a run of adverse reactions due to the impending release of a Covid-19 vaccine. The UK’s Medicines & Healthcare products Regulatory Agency (MHRA) recently secured a contract for software to help it process an expected “high volume” of Covid-19 Vaccine Adverse Drug Reaction.

How have the above concerns and claims been addressed by Covid-19 vaccine proponents? Debunking efforts fail to address safety issues adequately. Some simply just say claims, such as Covid-19 vaccines change human DNA, are not true.  Denying is not refuting or proving.

And quite frankly, should we trust simple denials when organizations have vested interests in selling millions of vaccines and potentially gaining frightening power over the human race? Also, consider that vaccine manufacturers appear to have secured indemnity against prosecution for any adverse effects resulting from the vaccines. (continued in Part 2)

Rachael Parsons is a critical thinker and “real news” junkie from “Down Under”.  She wrote for a New Zealand daily newspaper for eight years and also has a degree in teaching and learning and experience in business.