The U.S. Food and Drug Administration approved a new 6-1 vaccine that is supposed to prevent against six illnesses. Sanofi, the maker of what is being called Vaxelis, partnered with pharmaceutical giant Merck on the pediatric super-vaccine.

Vaxelis is intended for children 6-months to 4-years in age. Sanofi says the vaccine prevents poliomyelitis, hepatitis B, pertussis, tetanus, diphtheria, and diseases related to haemophilus influenzae type B. All of the illnesses are covered by the CDC’s original immunization recommendation chart. This likely means that Vaxelis will have little issue being pushed as “mandatory” in states which already impose stringent laws.

Both Sanofi and Merck believe that Vaxelis should be ready for distribution by 2020.

The warnings and precautions page details numerous warnings and risk that could possibly be associated with Vaxelis. 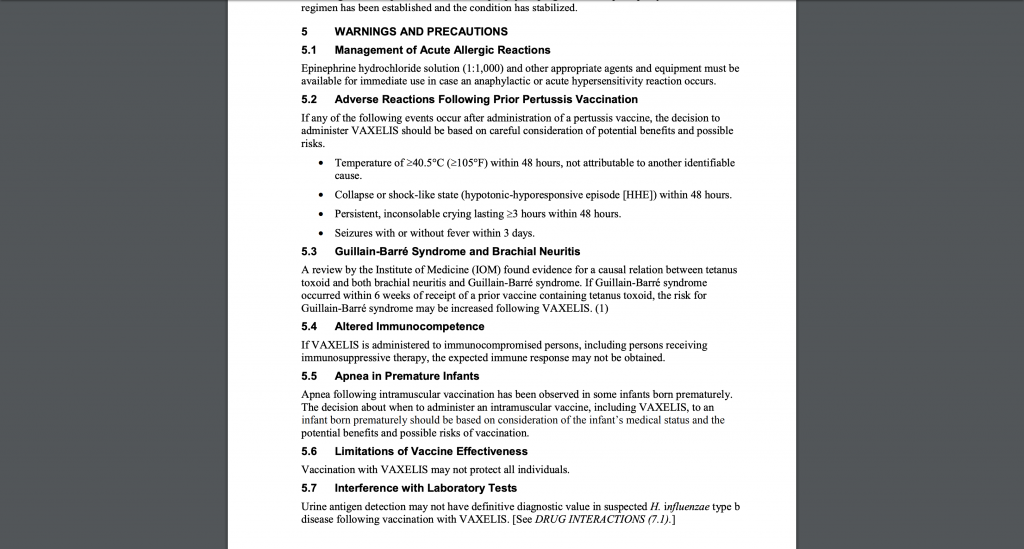 The news immediately prompted concern from groups that aim to improve vaccine safety. Many believe that a 6 in 1 shot is too heavy for a small baby. Additionally, when things go wrong, it is difficult to determine what caused the issue.