As someone who publicly posts information on vaccines on social media very often, I’m an easy target for debates. During several long, private debates with a pro-vaccine doctor, I asked for proof that vaccines have done any good. After being laughed at and mocked I was given a chart as the ultimate “proof” that vaccines have “saved millions of lives”. Let’s take a minute and navigate the deceptive chart and see what it is really telling us and how the standard for “scientific proof” suddenly changes when it is published by pro-vaccine entities.

Here is the chart: 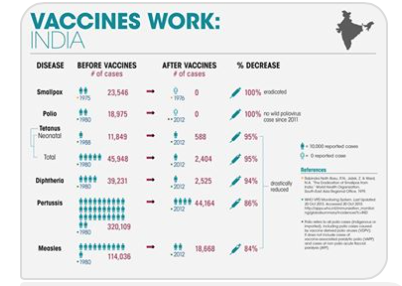 At first glance, it really does look like there is a possibility that vaccines may have played a part in the decrease of disease. But when we look closer and weed through the abundance of deception, we will see that in fact, vaccines have increased disease. I know, it seems unlikely but bear with me.

For one, this chart is not scientific proof of anything. It is simply correlating events. When tens of thousands of parents with the same stories of a perfectly healthy baby, exceeding milestones, gets vaccinated and loses their ability to speak, walk, and regresses into self-destructive behavior following vaccines do you know what they are told? Just because two things happen around the same time, doesn’t mean one caused the other. Now, in your most arrogant and patronizing voice, follow that with “Remember, correlation does not equal causation.”

So what was my reply when this chart was presented as proof??? You guessed it “Correlation does not mean causation, remember?” This isn’t scientific proof of anything. This is comparing rates of diseases 32 years apart, considering no other factor and simply assuming it must have been the vaccines. Well, they did do something. Let’s see what it is.

Let’s look at polio. In the year 1980, there were 18,975 CASES of polio. Would you be surprised to know that 98% of cases of polio present like a cold and are 100% resolved in 2 weeks? To learn more about polio history and the elimination of polio in developed areas, read here. Now, in 2012 there were zero cases of polio. (Hold your applause.) If you read the fine print on the side, it says that the polio cases do NOT include cases of vaccine-associated paralytic polio OR cases of acute flaccid non-paralytic polio (AFP). So if the vaccine causes paralytic polio or AFP, those numbers are not included. That seems perfectly fair…NO, IT DOESN’T! Would you like to know how many cases of AFP there were in 2012? There were, wait for it…53,563 cases. Shut. Up. If you did not know, AFP is a condition in which the patient suffers limb paralysis and has symptoms just like polio. It can be caused by Guillain-Barre Syndrome, which is one of many potential side-effects from vaccines. In order to confirm polio, there are 2 means of diagnosis. It is either clinical, meaning that the doctor decides it is polio based on evaluation, or they test the stools for the actual virus. Now, it is possible that they tested these 53,563 cases of AFP to confirm that it was in fact not polio. But in an area where they still can’t afford access to advanced plumbing and sanitation, I wonder if they really did their due diligence to test all of that, which takes money, or if they diagnosed those cases clinically. Technically, a doctor can look at a patient with limb paralysis and just call it “AFP” or “polio”. Who am I to question their expert opinion? Either way, they traded out 18,975 cases of polio (remember that 98% of polio cases resemble a cold and are resolved in 2 weeks) for 53,563 cases of paralysis.

Let’s all thank vaccines for that.

So, did health and life in India improve as result of vaccines? If we look at all of the facts and not some cherry-picked statistics on chart that amount to biased correlation, vaccines have destroyed life in India. Just like they do everywhere else, every time.

We could scrutinize the rest of the chart, but let’s let this sink in for a while. By the way, real proof would include 2 groups of people, all pre-tested showing no antibodies for immunity and in perfect health to begin with. One group given a true saline solution while the other given the actual vaccine. Both groups would then have to be exposed to the virus and we would then compare how effective the vaccine was as we analyze the number in each group to contract the disease. Most pro-vaccine doctors would argue it would be unethical to intentionally expose someone to a potentially harmful disease. I think it is more unethical to not ensure safety and cause over 53,000 cases of paralysis in a third-world country. These people are suffering enough.

Courtney Charles is a frequent contributor of Truth Kings. Connect with her at Alkaline Mom or read more at Alabasterliving.com